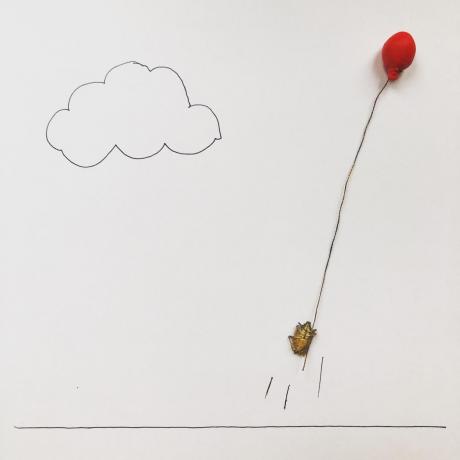 I witnessed a charming interaction this morning at the neighborhood coffee shop, to which I’m sure many parents can relate.  A dad, with his 5 year old daughter in tow, was buying coffee, juice and cheddar bunnies. He was carrying a pink polka dot umbrella, a princess backpack, and his own messenger bag.

The barista behind the counter was appropriately hip, nodding nonchalantly along to the hardcore music he had decided to wake himself up with, being the only employee in the shop at this early morning hour. While the barista was frothing the milk, the dad started quite conspicuously bobbing his head to the music, and sure enough the barista noticed, and then a chummy exchange ensued about the music that was playing, and the band’s other, more obscure offerings, available only in vinyl, which of course both dad and barista owned. The dad said he had grown up with that stuff, he knew those guys back when…. The barista, well, he said he loved that old stuff, it was the greatest.

One parent I know has said that he feels like he is “invisible” to the young adults in our hip neighborhood. Something happened, he thinks, when he started to push around a stroller and carry a diaper bag. He started to fade away from awareness, lost his relevance to the cultural scene emerging in his wake.

Another friend, also a parent, once exclaimed in exasperation, referring to a young hipster with a cooler-than-thou attitude: “I invented you!”

It’s a thankless and difficult proposition to parent in one of the coolest places in the world. Us parents don’t have time for the full-time job of keeping up with the ever evolving culture that we once belonged to. We feel like we set the stage for the next generation of adults to come along, and now we are invisible, possibly balding, and carrying screaming toddlers, dog shaped purses and pushing scooters alongside. It’s easy to fall into an identity crisis, when you listen to children’s music all day, only watch family movies, and generally take your cultural cues from someone one 10th your age.

The small vignette this morning made me think about how crucial music is in helping us express our identity. We know that for teenagers music is so culturally encoded that what they listen to often dictates who they will hang out with, what they wear, which hobbies they have, and what their values are. But what about when we get older? How does music continue to define us through our adulthood?

When was the last time you took stock in your musical tastes? Do you have time as a parent to keep up with new trends? Or are you, like me, listening to whatever your tweens will allow you to play in the car? If you had the time now, to seek out some music you really loved, where would you start? Would you revisit the old favorites, and take a nostalgia trip to the days back when you were cool and carefree? Or would you want something else, something new, to speak to who you are today? With all the new music sharing possibilities, the worlds’ musical stores are just a click away. Next time you are about to turn on the tv or catch up on a show on Netflix, why not listen to some music instead, and take a moment to remember who you once were, where you came from, and figure out who you are today.

The Virtual Shift
The Art of Making Do
Make a Mess!
Why not take a Selfie?
Happy is Overrated
Haikus!
De-Gunk Your System!
Holding the Rainbow
(Musical) Midlife Crisis
Improvising Family. Moving from "Yes, but…" to "Yes, and…"